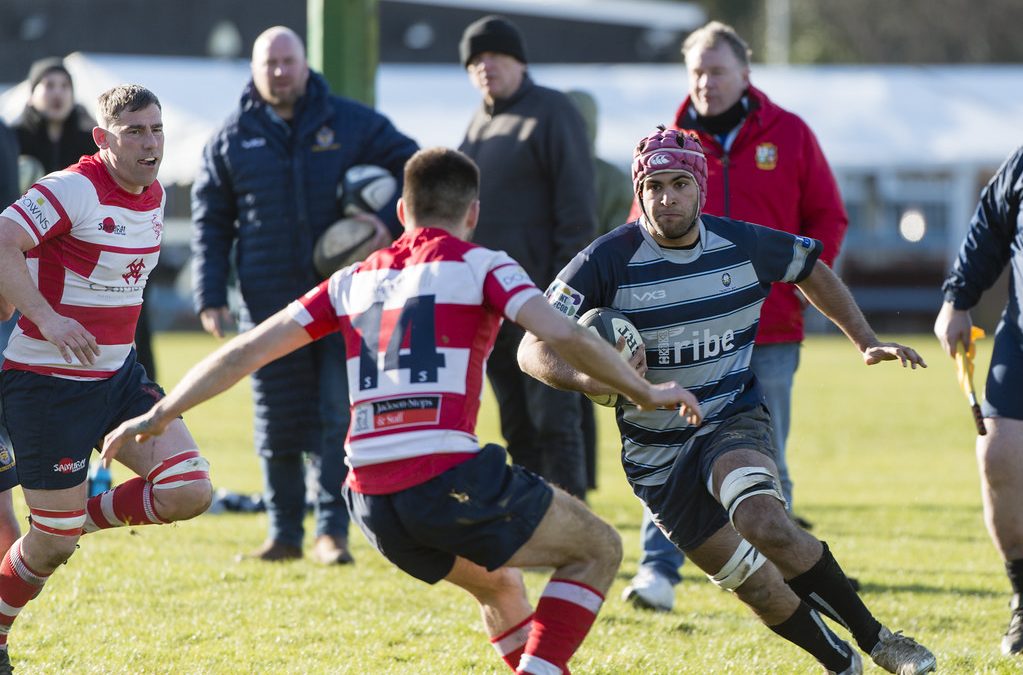 Why have ONE match report when you can have TWO?

Here’s the view of Saturday’s win over Dorking III from Simon McInnes.

This game was all about innovation. It is a commonly accepted factoid in rugby that the hardest position to captain a side from is the wing, as the player is usually too distant from the action, and in the case of many wingers, too indifferent to actual engagement, to have an accurate perspective of what is happening where the real action is. Today Trinity A selected co-captains Dave Bouchard and Tom Caplin on each wing, and would you believe it, the policy worked.

Trinity played the first half uphill, against the wind and with the sun in their eyes but got off to a flying start and ended a concerted spell of territorial advantage with a converted try via the bizarrely moustachioed Alex Scott.  With the backs looking dangerous with ball in hand the opening score could have come even sooner, and Dorking gave a stark reminder that all chances needed to be taken when they retaliated in their first visit to the foot of the hill, hitting the post with the conversion attempt to allow Trinity a 7-5 lead.

The surprisingly large crowd hunkered down for a feast of attacking rugby but the rest of the first half failed to deliver. From Trinity’s point of view the main culprit was conceding possession several times when they tried to keep the ball alive when too deeply engaged in the tackle. Dorking helped out defensively by being regularly pinged for offside and a couple of scoring chances of their own went begging when the last crucial pass failed to go to handy.  With James Duffy proving a dangerous counter attacking threat from full back and the 8-9-10-12-13 axis flowing slickly between the diversely aged Mark Macaskill, Will TD, Harry Ford, Matt Shields and Dave Stanton, Trinity continued to keep play safely distant from their own line (mostly) and added a second try for a 14-5 lead at the break.

With conditions in their favour, it has not been unknown for Trinity teams to make a slow, complacent start to the second half, but this was not one of those occasions, as an early Krish Lall score made it 19-5. Dorking then kicked a penalty to try and keep in touch, much to their fullback’s displeasure. It did not prove important in the outcome as Trinity kept up the style of play established in the first half, but with fewer turnovers. This produced further tries from Macaskill and Lall to keep the visitor’s at arms length with a 31-8 lead. The game ended with Macaskill completing his hat trick and Krish tracking him to the line in naive expectation that some sort of pass was even being considered. Obviously it was gratifying to see that even on a day when the backs looked dangerous throughout, the forwards scored all six tries – and probably could have got more if Jason Hoffman had understood how the draw string in a pair of shorts works, and then how tape functions as a Plan B.