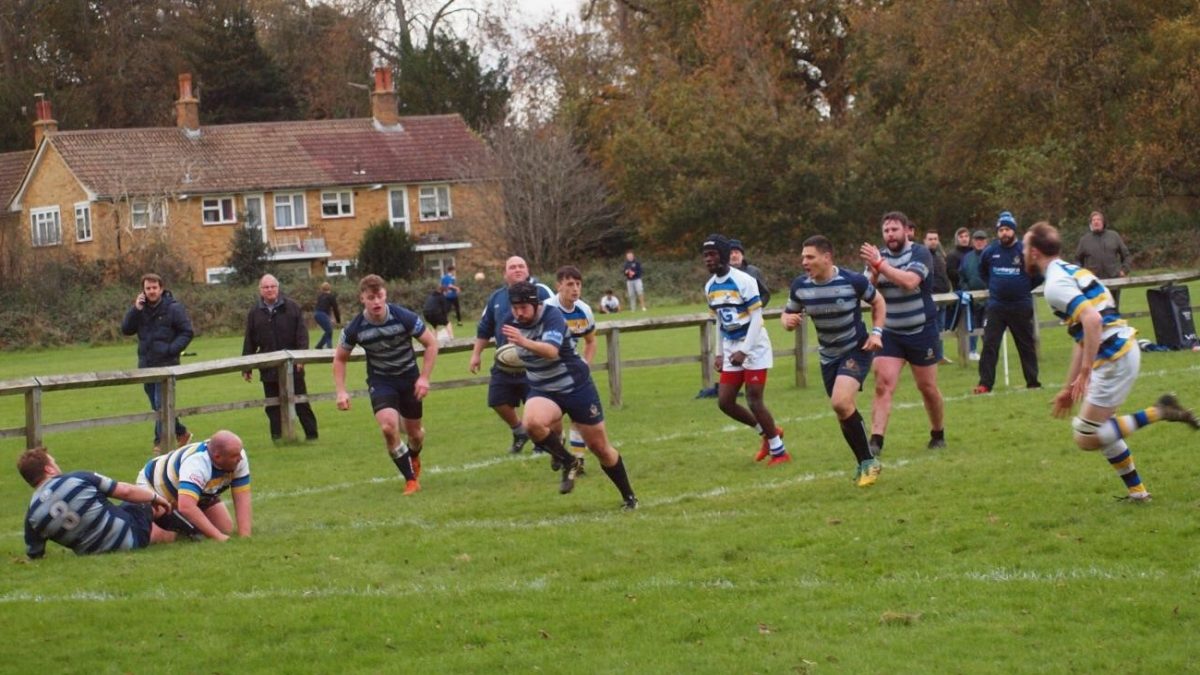 The opening of this match seemed to indicate an easy win for Trinity.  They dominated the exchanges early on and the play was all in the home half.

However, PJF were well organised in defence and the visitors failed to penetrate until the 11th minute when sustained pressure gave alert scrum half Jack Greenwood the chance to dot the ball over the line.  Fly half Dan Crouch converted.  Trinity came again but PJF showed good line speed and when Trinity lost the ball in the tackle the home backs were quick to capitalise and created an opening for winger Kwesi Winney to score in the corner after 14 minutes.  Trinity returned to the attack and Crouch missed a penalty chance.  They then had two good positions with men outside but did not use the opportunities to go further ahead.  Crouch did slot a penalty after 20 minutes when Fisher were offside.

The visitors continued to dominate and eventually, after 34 minutes, winger Ben Edmonson beat two men and then unselfishly gave the scoring pass to full back Ben Telfer who ran a first-class line to score in style.  Crouch’s conversion brought the score to 17-5 and Trinity seemed well in charge.  However, when Fisher got a chance, they were quick to take it again and they spread the wall right at pace to send winger Chase Thompson in for their second try. The conversion was missed but 17-10 was good value for them, given the paucity of their opportunities.  Trinity felt that they should have had a penalty try and there was a yellow card for Fisher but Crouch missed another penalty opportunity and half time came with no further scoring.

The second half was a very different affair.  Though still a man short, PJF piled on the pressure and set up a second try for Winney shortly after the restart.  Back came Trinity and after the concession of a number of penalties by Fisher they battered the line before hooker Tim Jupp swooped to bag his try after 48 minutes.  Crouch’s magnificent conversion from the touchline gave the visitors a more comfortable margin at 24 -15. Now PJF really came back and Winney should have been in for his hat-trick when he was denied by a wild pass.

Mids had to defend for their lives but Macaskill, Dean and Farmer put in some huge tackles to keep their hosts out.  No.8 Callum Henry, finally turned the pressure into a score with Fisher’s bonus point try in the 65th minute and narrowed the gap to 4 points. Trinity continued to defend resolutely and twice Fisher were over the line, only to be called back for a knock-on on the first occasion and then to be considered ‘held up’ on the second.  Trinity weathered the storm and were strong enough to pick and drive to run down the clock at the end.

PJF’s failure to land their kicks cost them dear and they felt that it should have been their day. Trinity would disagree but could have put themselves under less pressure by taking their chances. 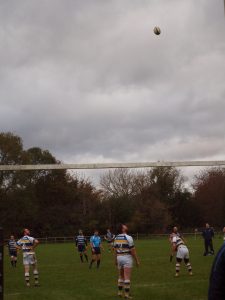 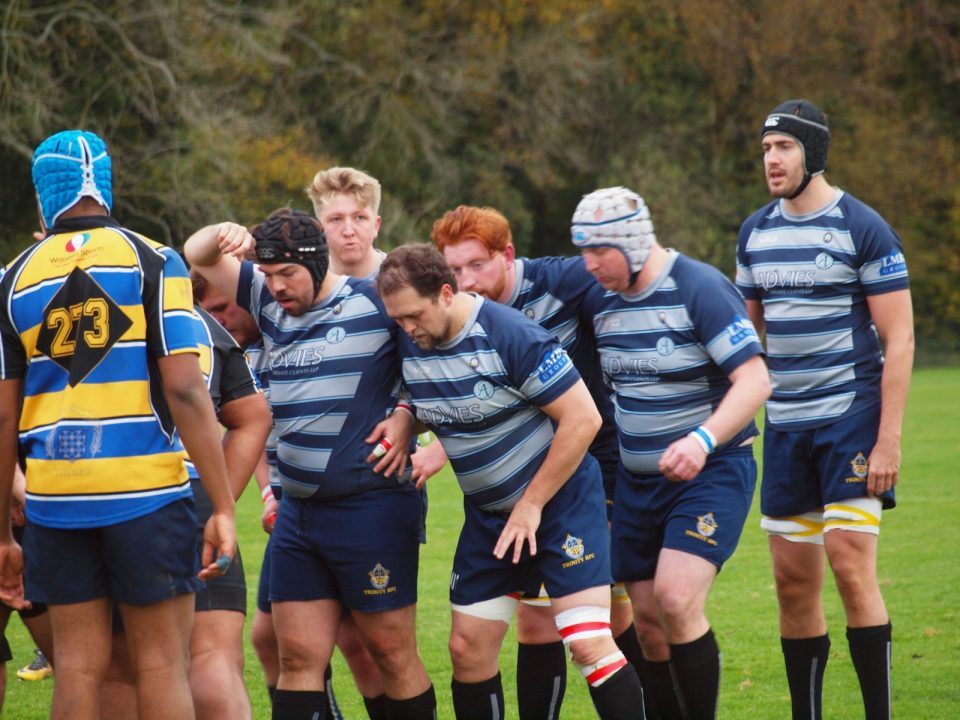 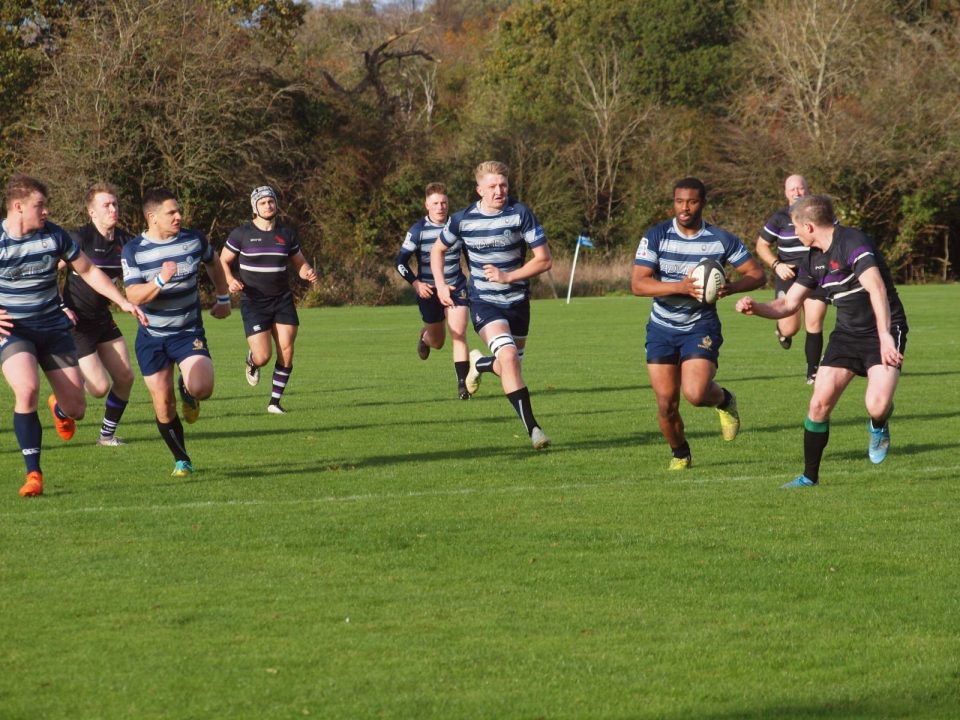 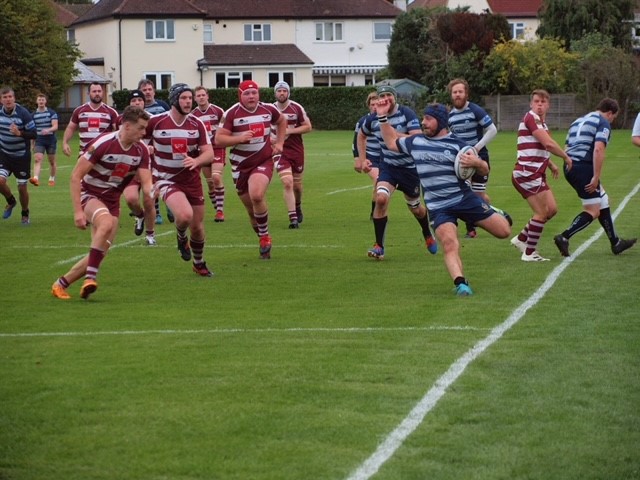