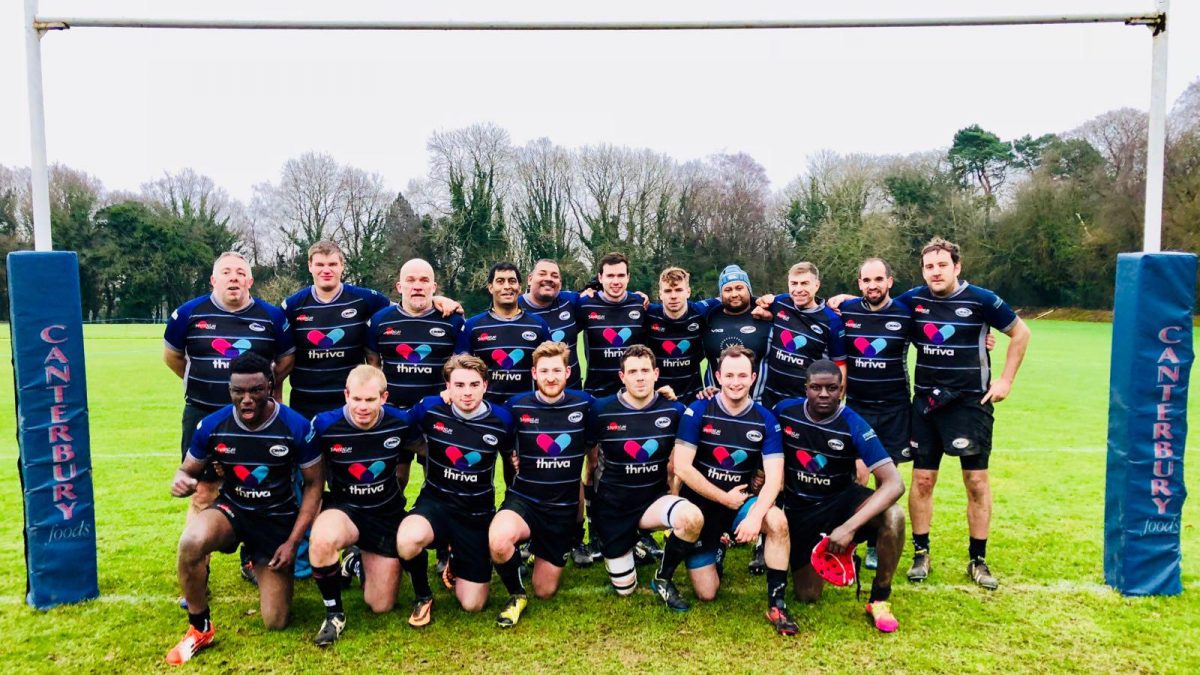 The AXV took on high flying Old Walcountians in their first game of the new year.

Mids were boosted by the the return of both Jack Sibley and Harry Bocking from long term injuries. There was also a first appearance of the season from Jed Pietersen (who was joined in the back line by Paul Murphy and Nick Evans to make a trio of Trinity School teachers). It also helped that for the first time this season there were no last minute drop outs or players needing to move up to fill gaps in the 1st XV. In fact it was quite the opposite with Mark Macaskill being a last minute drop in!

Both teams started the game strongly with both sets of defence making crucial tackles to prevent any movement on the scoreboard. It was Mids who eventually got the breakthrough following a quick tap penalty from Bocking. The ball was popped up to Macaskill who bulldozed his way over the line. Dave Perry slotted the resulting conversion.

Walcountians responded well and the scores were soon level when their following a number of carries from their forwards the ball was recycled wide to their fullback who cut a good line to run in under the post.

Mids moved up a gear and dominated the last twenty minutes of the half during which time they managed to put two more tries on the board. The first of these two tries coming from Macaskill who following a succession of forward drives from the rest of his pack took the crucial carry to dot the ball over the whitewash.

The final score of the half came when Nick Hamilton trundled the ball up the field and into the Walcountian 22. He was eventually stopped in his tracks however Dave Stanton latched on to him before rolling off with the ball in hand to run free to get the try. Perry saw the ball bounce back off the post towards him from his attempted conversion.

With the half coming to s close Walcountians were awarded a penalty for a high tackle which they slotted to leave the halftime score at 17-10.

Walcountians came out of the blocks the fastest in the second half and it was not long before they levelled the score. The ball was passed out to their backs following a lineout and the Walcountian centre danced his way through a couple of sloppy tackles to score under the post.

Mids responded well with Macaskill and Stanton leading the attack and it was Stanton who set up the next try with the pass of his life. The only issue was that it was straight to the Walcountian winger who intercepted the ball to run free for the try. This was converted to put Walcountians into the lead for the first time during the game at 17-24.

Despite not having a recognised hooker (well at least one who was able to play there as Gohill who was returning from a back injury insisted he was only fit enough for the backrow) Mids dominated the scrum all afternoon winning all of there own ball and even getting a couple against the head.

However, unusually for the Mids AXV they struggled in the lineout! Am not sure if this was down to the throwing, Laurence Oliver eating too much Christmas turkey or Humm and Jones losing all their lifting strength over the month since the last game. It was from a Mids line out around the halfway line that the ball was lost and Walcountians counter attacked to get the next score if the game. The conversion was missed but Walcountians had extended their lead to 17-29.

Mids came storming back and got a well deserved try when Macaskill received the ball on the edge of the Walcountian 22. Macaskill had the whole front row outside him. He missed out Jones to give the ball to Hamilton who passed it on to Paul Johnson. Following a slick exchange of hands the ball was back with Hamilton who strolled through to score the try. Perry added a further 2 points from out wide. 24-29. 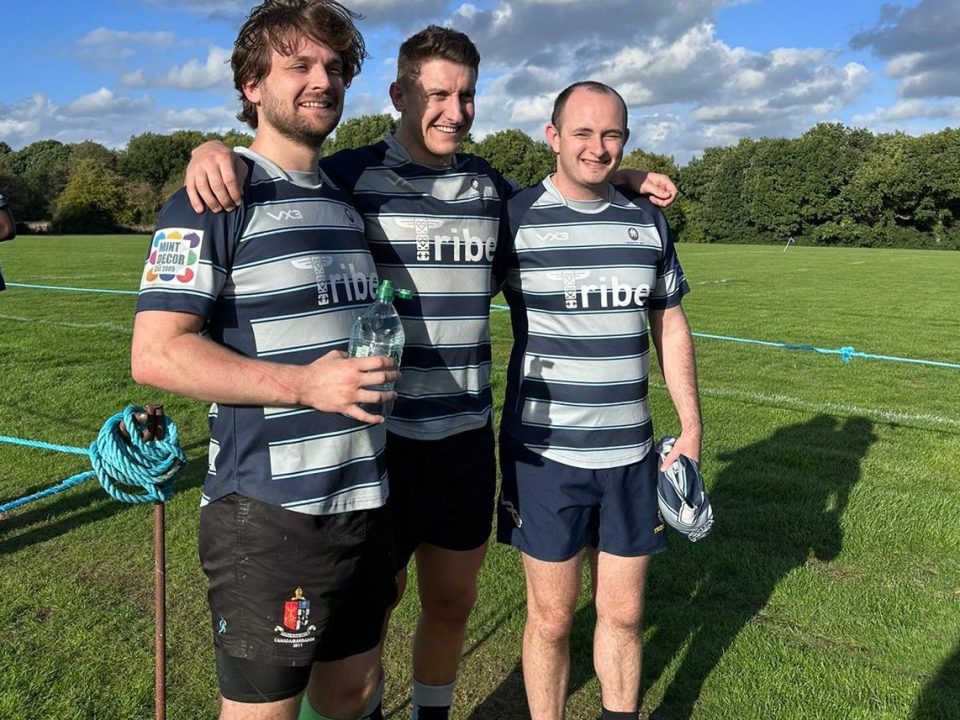 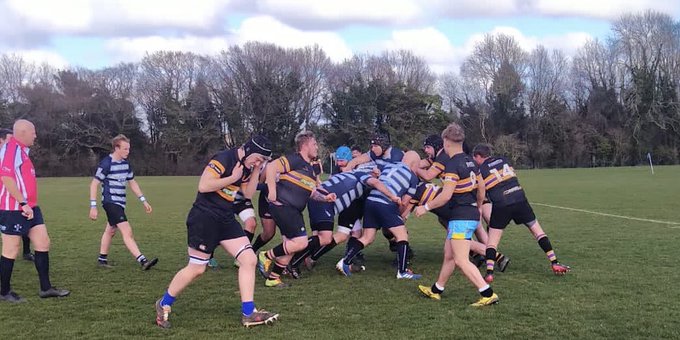