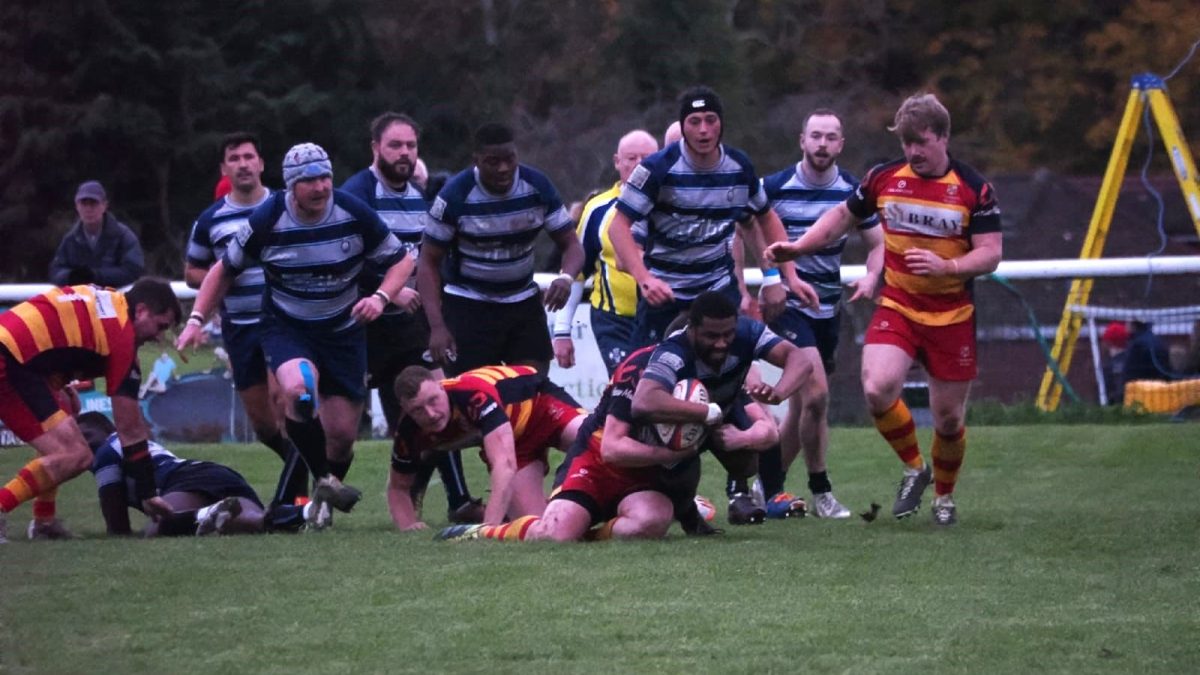 Chobham are riding high in the league and have accumulated some big scores this season.

Trinity were up for a good contest but were soon behind when the hosts kicked a penalty to the corner, took good line out ball and mauled over to lead 5-0.   Trinity replied after 11 minutes when Max Mouna won a loose ball in midfield and Chobham suffered a yellow card. Trinity took a scrum and moved the ball smartly left for winger Massimo Costa to score in the corner and level the scores.  Chobham’s big men carried well but tenacious Mids tackling prevented them from making any significant ground, with flankers Olly Hubbard and Ben Vaillant covering acres of space and excelling at the breakdown.  Temi Okenla, playing at hooker for Trinity, drove through from defence and set up a platform for scrum half Harry Wilson to make a smart break.  Mouna was up in support and carried on well before the ball went left again to give Costa his second try in the corner.  The conversion from out wide into a stiff breeze was difficult but Trinity completed the first quarter with a lead of  10-5.

Chobham hit back with a try for their flanker after a strong scrum and this was converted.  The remainder of the half was attritional with both sides kicking for territory and playing pick and drive in midfield.  Chobham had more possession but were unable to penetrate a dour Mids’ defence.  James Jenkins,  Ben Telfer and Farooq Agbalaya put in some fine tackles and Nathan Bacon enjoyed himself, carrying and tackling well at close quarters.

Trinity were hopeful of having more ground in the second half but the wind dropped. They did not do well at the restart.  Vaillant caught the kick-off well but was not supported and Chobham won a penalty which they kicked to stretch their lead. They had a further opportunity when their scrum drove forward but when the ball was let out Mouna intercepted.  He showed great strength, determination and pace to shrug off tackles and score in the corner and Mids were back on level terms at 15-15.

The game was nicely poised but two major turning point undid so much good Trinity work.  The first of these came when, from the restart, the ball was spilled forward.  From Cobham’s scrum the ball was spread right but the Trinity defence seemed to have the move covered. A lapse in concentration allowed Chobham to put their right winger in to regain the lead just after Trinity had got back on level terms. Mids play, which had been tidy up to this point with Vaillant dominating the line out, and passing generally good, grew sloppy.  They tightened up and when they charged down a Chobham kick, Mouna was there again to make ground and unload to Wilson who skipped down the touchline to score and win Trinity’s bonus point.  The conversion was missed.  Chobham came again and got the better of the visitors’ defence this time to hit back with their third try and they added a penalty to make it 28-20 with 15 minutes remaining.

Mids had a chance soon after when they hacked forward towards the line and Ben Telfer seemed to be tackled without the ball when he was favourite to win the race for the touchdown. The second critical point then came when Trinity had won good possession in the Chobham half and had set their line beautifully, with an overlap on the left.  Unfortunately, Chobham gambled on an interception, and this came off with their centre able to run the length of the field to turn what might have been 28-27 to 35 -20. They rubbed salt into the wound with another penalty and Mids came away with just the one bonus point when they might have had so much more from a good performance. 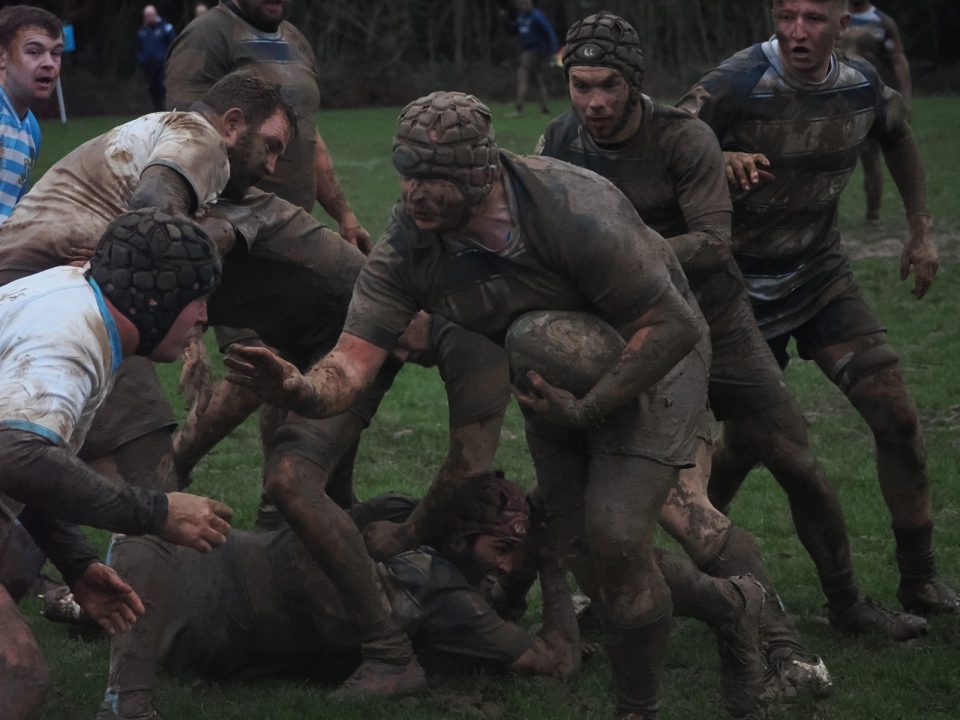 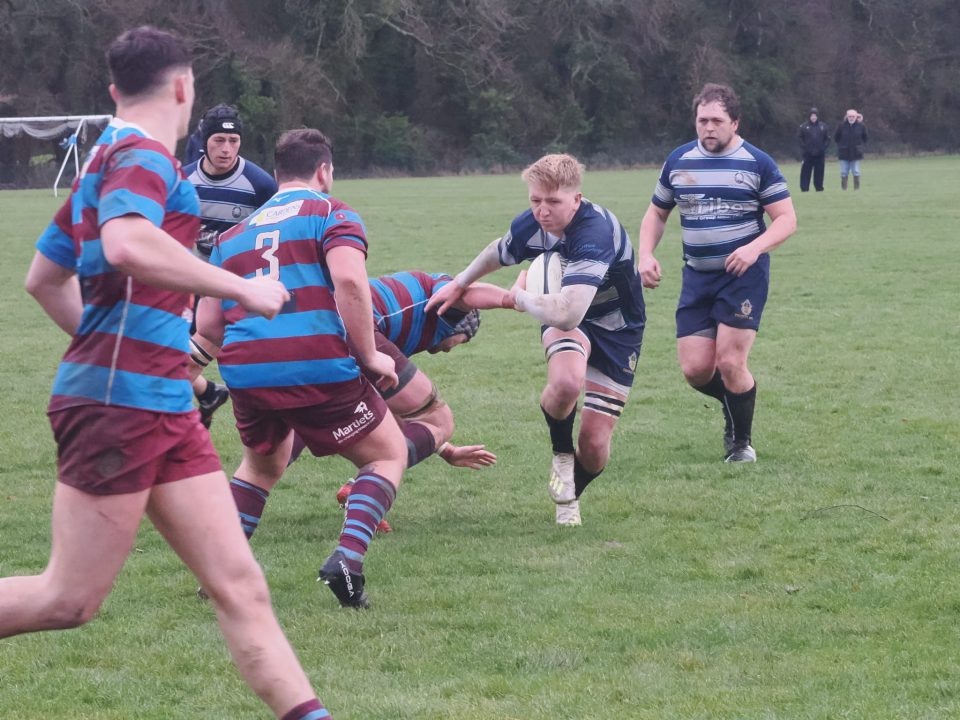