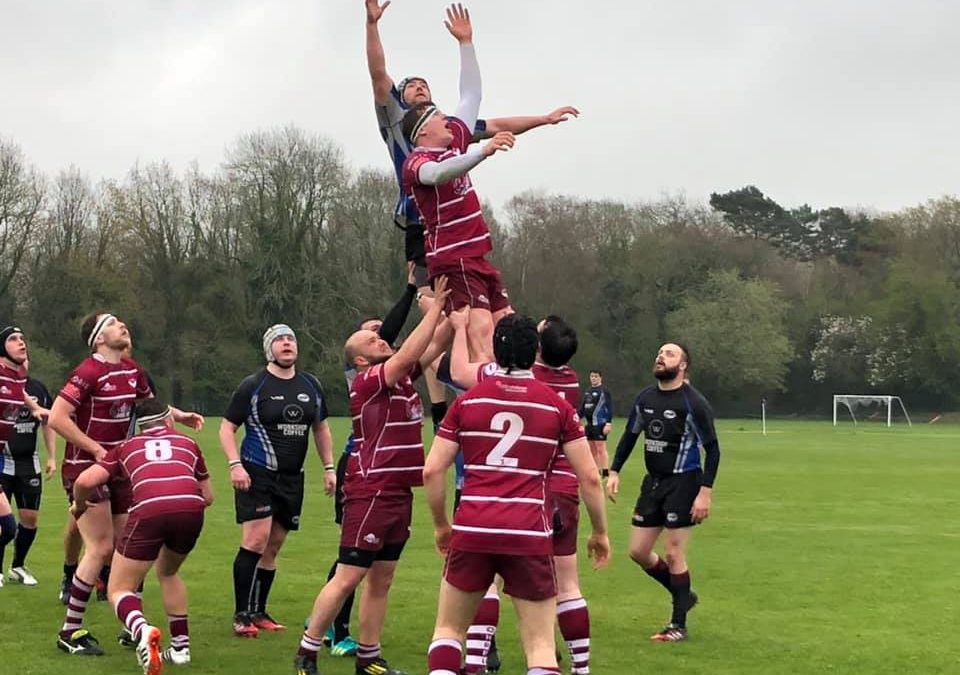 Old Mid-Whitgiftian 1st XV took on Old Haileyburians in their final home game of the season looking to reverse the 39-27 away defeat from the season’s opening fixture. Mids were welcoming back a number of players who had been missing from their recent fixtures and this showed as they started the game brightly. Following a sustained period of pressure Mids were rewarded with a penalty on the edge of the Haileyburians 22 which Marc McEvilly duly slotted over to give Mids a 3-0 lead. Mids continued to dominate the open exchanges and soon extended their lead to 8-0 when following a number of probing drives from various members of the pack Nathan Bacon stormed his way over the line to touch down for a try. Haileyburians responded well and Mids soon found themselves on the back foot. First conceding three point after giving away a soft penalty in front of their own post and then concede a try shortly after to bring the scores level to 8 a piece.

Mids did manage to get their noses back in front when McEvilly kicked his second penalty of the game however Haileyburians followed this up with their second try of the game to put themselves back into an 11-13 lead. Mids soon had a second slice of Bacon as Nathan scored a mirror image try to his opening try once again crashing his way over the line from 5 meters out. Brother Jake (the brother of Nathan not a local monk that we have just registered) stepped up to kick the conversion and the score was now 18-13 to Mids. There was still time for Haileyburians to kick another penalty before half time to leave the score at 18-16 at the break of play.

The game of cat and mouse continued into the second half and it was Haileyburians who crossed the whitewash next to put themselves back in charge with a lead of 18-21. Murmurs of jug avoidance started to surface on the players WhatsApp group but these were quickly laid to rest as Nathan Bacon completed his hat trick. This time he had to do a bit more work as he had to take more than a couple of steps to reach the try line (Young Francesca who was watching her first game of rugby aged four weeks will probably expect a hat trick from her Dad every game now!).

Mids were back in the lead with the score now 23-21. Mids had dominated the scrum all game so it was a surprise when they conceded a penalty on the edge of Haileyburains 22 whilst going forward. Haileyburains tried to run the penalty quickly but spilt the ball. Tim Jupp showed his footballing skills as he dribbled the ball around a couple of players before James Jenkins gathered to run in to make the score 28-21. With two tries in succession Mids had looked like finally taking control of the game however after missing a couple of opportunities Haileyburians were back in the game with a converted try to square the score at 28-28.

A draw would probably have been a fair result however with two minutes of the game to go Mids conceded another penalty in front of their own posts. Haileyburians took full advantage of this as the game ended 28-31. Mids did however picked up the two losing bonus points.    RUSSELL JONES 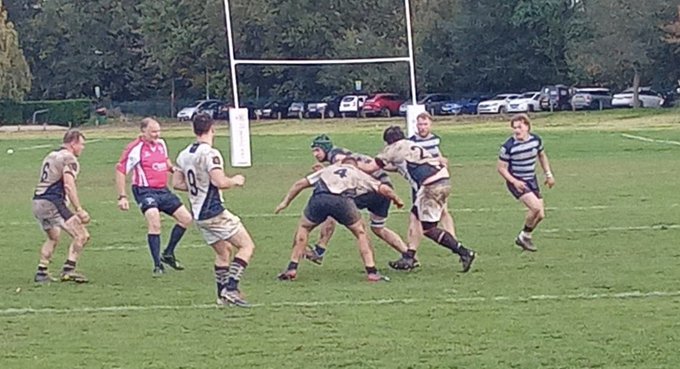