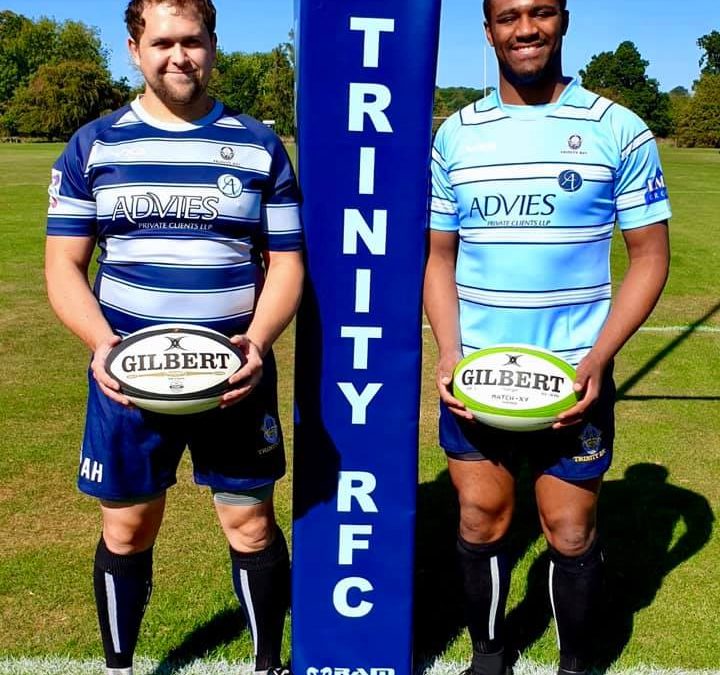 Skipper Ali Hall and Temi Okenla unveiled our new kits before Saturday’s first league match of the season against Haileyburians.

The new home kit features a return to the predominantly navy shirts and shorts of the 80s and 90s, with hoops of silver and navy and contrasting sky blue edging. (If someone can think of an easier way to describe it please let me know!)

The new away kit is predominantly sky blue (as is the School’s first XV shirt) with thin hooped bands of white and navy blue.

Laurence Oliver, who has co-ordinated the new kit/new colours project during the summer, has given guidance as how we should describe the new strips: the home shirt is “navy, silver and sky blue hoops” and the away kit is “sky blue with white and navy hoops”. So now we know!

On our debut outing in the navy/silver/blue we beat Old Haileyburians 26-15.