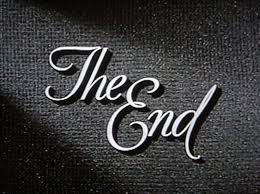 TRINITY RFC – CLOSED FOR THE SEASON

Following the RFU’s decision to call an end to the Rugby Season there will now be no further rugby played this season! This includes training as well as matches and applies to all ages of junior rugby as well as all senior teams. No decision has yet been made on how this will effect promotions and relegations.

It is a real shame for the season to come to an end in this way but given the global situation it is the sensible decision.

As our first season as Trinity RFC it has been a good season and one that we should all be proud of. The first team were still in contention for promotion, the AXV were through to a final, the vets were still on target to reach two finals, the newly established under 13s were top of their league and The Titans have gone from strength to strength as the grow in number.

There has also been a lot of great work off of the pitch. Jez Glynne-Jones has done a great job with the Midwives. Special mention should also go to Julian Chenery and Laurence Oliver for the respective work they have both put into our new improved social media and our new playing kits as well as to Iain Munro for the amazing work he did bringing loads of new sponsors and partnerships for the club.

The clubhouse will also be closed following the governments decision to close all pubs, clubs and restaurants so the club dinner that was scheduled for the 1st May will also be postponed. This will be rescheduled once we return to some form of normality!

Hopefully all players will be able to maintain some level of fitness during this period of isolation and that we will be able to have an even better season when we come back!

In the meantime we hope that all members and their families remain safe!

A message from the RFU