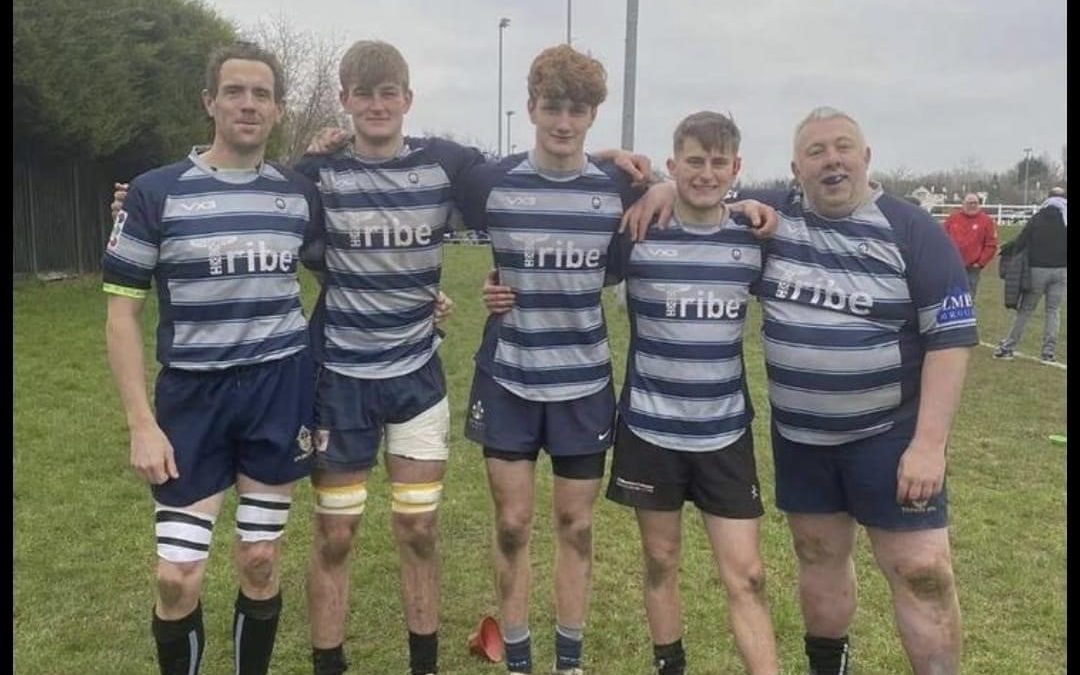 Cappers & Bouch led the 2s to an away league fixture at Sutton & Epsom on Saturday bringing a good blend of youth & experience.

The story of the game was Trinity spending long periods defending strong S&E attacks but repelling their efforts with heroic defence and tackling, when ball in hand Trinity built great tempo and scored 2 well worked tries . The first half started with a series of penalties against Trinity for various indiscretions which gave S&E field position in the 22, a penalty and unconverted try were just reward for their efforts and Trinity felt under the cosh after 15-20 minutes without having played much rugby. Sterns words from the leadership team and the penalties were cut out, this led to a flowing backs move which ended with James Duffy, making his senior club debut, hitting a great line and with plenty of work to do finished a fine try under the posts, 8-7 and all to play for. Trinity were shortly after awarded a penalty just outside the Sutton 22 and after some organization began to run 2 pods of forwards creating some great tempo, off-loading, hitting strong angles which resulted in Will TD feeding Sparky to score which Greenwood converted, 8-14 to Trinity.

Half-time and Trinity went in with their tales up – the first part of the 2nd half was similar to the first, S&E applying pressure but Trinity holding firm and turning over the attacks. The score-board was untouched in the 2nd half and both sides toiled to get on top. Highlights from the 2nd half were Krish making a line break from ½ way and almost finishing off what would have been a fantastic individual score, Billy Fraser showing great pace down the left wing on a few occasions, Alex Scott launching an Exocet on his opposite number folding him in half and the Trinity scrum really getting on top with Dom, Stammers and Zou working very hard.

The full time whistle goes and Trinity celebrate a fine victory; special mention to the whole group who worked hard, the Hoffman brothers played a great game, Krish was everywhere carrying & jackling well, Mungo, Stammers, Scotty, Zou and Chris making a lot of hard yards, Will & Greeners combining well at 9-10, Sparky & Bouch jelling in the centres and the outside backs were a threat all game.

MoM goes to James Duffy who had to step in at 10 late in the game due to injury and fully deserved his debut try. Onwards & Upwards for Cappouch’s barmy army…..