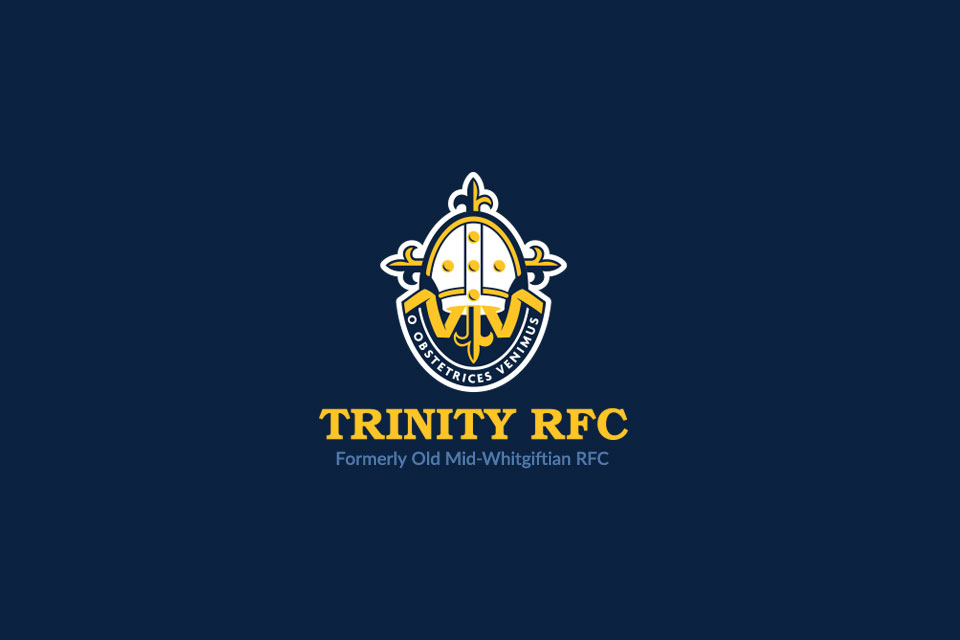 Having been approved by members of the club back in January, the RFU have now ratified the decision and the Old Mid-Whitgiftian RFC will be officially change its name to Trinity RFC from the 1st of June 2019.

The club was originally formed in 1926 by and for former pupils of Whitgift Middle School (hence the ‘Old’, ‘Mid’ & ‘Whitgift’ elements) which subsequently changed its name to Trinity School of John Whitgift in 1954.

In recent years, Trinity have begun referring to its former pupils as ‘OTs’ so it is fitting that the club’s new name, is more than a subtle nod to this whilst also retaining an identity of our own, as we have been and will remain, a welcoming, inclusive rugby club open to anyone who wants to play and enjoy themselves whilst doing it.

The club’s much loved moniker and traditional nickname ‘The Midwives’ lives on – the Former Players section now being officially known as such and appropriately on this Saturday just gone, the 23rd, The Midwives had their first lunch at the clubhouse with over 60 former players and friends having a fantastic afternoon.

Whilst our name may be changing, the club’s commitment to creating a welcoming, inclusive community that fosters a passion for playing open and expansive rugby will not.

We are all very excited about what the future holds for our beloved club.

NB If you are interested in helping with the launch of our new club, please send the committee an email omwrfc@gmail.com