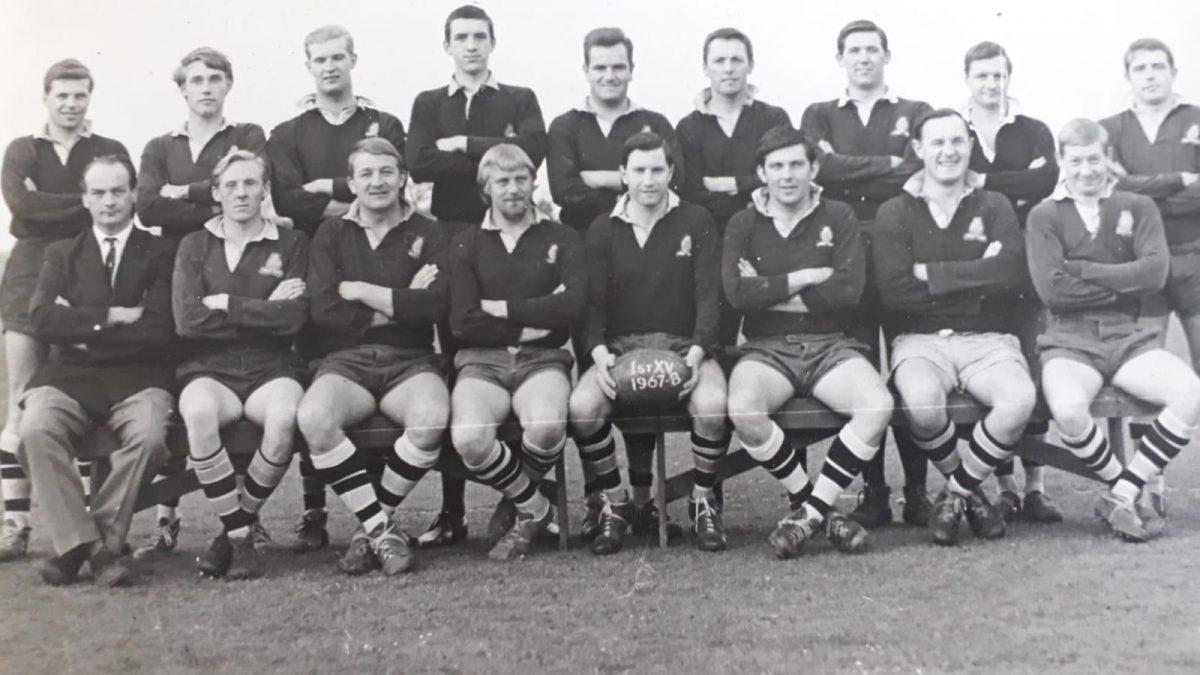 The club is saddened to learn of the death of Past President and former Club Captain Mike Morss.

Mike (3rd left front row) joined the Old Mids from school in 1954 and played through to the late sixties. He started in the B XV as hooker but was soon in the 1st XV in the front row, then back row and no 8. Although not a ball-handler in modern terms, his fitness and strength was always impressive and inspiring. He captained the side in the 1962/63 season and was President from 1992 to 1995. His later support from the touch line was always loud and questioning and fully in support of the team. Mike, who worked in developing computers and software, was always a good club man.

Mike Morss’s funeral will be held on Wed 2nd October, starting at 10.45. The venue will be the Tunbridge Wells Crematorium, TN2 5JJ.

All are invited back to Mike’s daughter’s (Julia) afterwards.