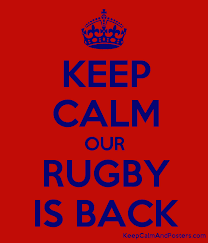 First team fixture changes for the start of the season have been confirmed.

Old Georgians have pulled out of the league to focus on restructuring at the club. We wish them well. The fixtures scheduled against them on Saturday 15 October and Saturday 14 January 2023 currently remain blank weekends.

The First XV fixtures for 22/23 can be found here on the Trinity RFC site here and on the RFU website here.

The A XV league season is now confirmed to commence on 1 October with a home fixture against Bec Old Boys 3rd XV.

The A XV fixtures for 22/23 can be found on the Trinity RFC site here and on the RFU website here.

Opening fixtures for the start of the 22/23 season have been affected by the bone hard pitches after the recent summer heat waves. Clubs have been given extra time to complete pre-season training (including much needed contact work) and pre-season matches. No doubt the rearranged games will be postponed due to waterlogged pitches!

A Club XV will be taking on Trinity School Recent Leavers XV at the School as part of the Trinity School Festival of Sport on Saturday 10 September, KO 1.30pm.